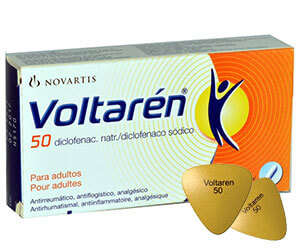 Voltaren is used to relieve pain, tenderness, swelling and stiffness caused by osteoarthritis (arthritis caused by rupture of the lining of the joints), rheumatoid arthritis (arthritis due to swelling of the lining of the joints) and ankylosing spondylitis that mainly affects the spine). Diclofenac immediate-release and rapid-acting is also used to treat painful periods and other pain. Diclofenac is part of a class of drugs called NSAIDs. It works by stopping the body's production of a substance that causes pain, fever and inflammation.

Diclofenac is available as an immediate-release tablet and a liquid-filled capsule and a sustained release oral tablet. Diclofenac tablets and immediate release capsules are usually taken two to four times daily. Voltaren extended-release tablets are usually taken once a day and, in rare cases, are taken twice a day. Take Voltaren at about the same time every day. Follow the instructions on your prescription label carefully and ask your doctor or pharmacist to explain any part you do not understand. Take the diclofenac tablet exactly as indicated. Avoid changing the dosage of the drug without the practitioner's advice.

Voltaren side effects may occur. Tell your doctor if any of these symptoms worsen or do not go away:

Some Voltaren side effects can be serious. If you experience any of the following symptoms, call your doctor immediately. Do not take any more diclofenac tablets before talking to a doctor.

This medicine may cause other side effects Voltaren. Call your doctor if you have any unusual problems while taking this product.

Before taking Voltaren, * Inform practitioners if you are allergic to Voltaren, aspirin or other NSAIDs such as ibuprofen and naproxen or any other medicines. Take care to tell all prescription and over-the-counter medications, vitamins, nutritional supplements and herbal products you are taking or plan to take, as well as any of the following: angiotensin converting enzyme (ACE) such as benazepril (Lotensin), captopril (hooden), enalapril (Vasotec), fosinopril (monopril), lisinopril Prinivil, Zestril), moexipril (Univasc) ), perindopril (Aceon), quinapril (Accupril), ramipril (Altace) and trandolapril (Mavik); Cyclosporine (Neoral, Sandimmune); Digoxin (Lanoxin); Diuretics ("water pills"); Insulin and oral medications for diabetes; lithium (Eskalith, Lithobid); And methotrexate (Rheumatrex). Your doctor may need to change the doses of your medications or monitor you carefully to avoid and prevent Voltaren side effects.

* Tell your doctor if you have or have ever had asthma, especially if you also have frequent swelling of the nose or nose (swelling of the nose wall); Lupus (a condition in which the body attacks many of its own tissues and organs, often including skin, joints, blood and kidneys); Porphyria (abnormal increase of certain natural substances of the liver); Hepatic or renal disease; Or swelling of hands, feet, ankles or legs. * Specify to specialists if you are pregnant, especially if you are in the last months of your pregnancy, if you plan to become pregnant or if you are breastfeeding. If you become pregnant while taking the diclofenac tablet, inform the doctor immediately.

If you have surgery, including dental surgery, tell the doctor or dentist that you are taking diclofenac.

Voltaren interacts with many medicines. It is always important to tell your doctor and pharmacist about all the treatments you are taking.

This includes not only all your prescription and over-the-counter medications, but also products such as: vitamins and other dietary supplements, legal or illegal recreational drugs.

You should not take Voltaren if you are taking the following medicines: 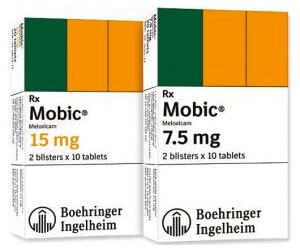