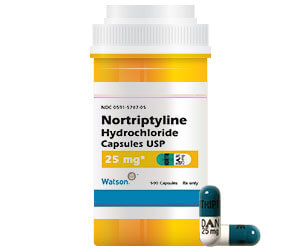 Pamelor is a medicine for the treatment of depression, pain and, in some cases, other diseases. The drug improves mood, relieves suicidal and depressed mood and reduces hyperactivity.

Pamelor is a drug used to treat depression, originally it was known as Aventyl, belonging to the ancient class of astricyclic antidepressants.

This medication can also be used to treat panic disorders and post-herpetic neuralgia (burning pains that persist after a shingles infection). It can also be used to help some patients quit smoking and treat attention-deficit hyperactivity disorder. This medication works by increasing the number of neurotransmitters (natural substances in the brain). It comes in oral capsule and liquid form.

Pamelor was approved by the Food and Drug Administration (FDA) in 1964.

This medication is used to treat mental problems and mood disorders such as depression. It can help improve mood and feelings of well-being, relieve anxiety, tension, and fill you with energy. This drug belongs to the class of medications called tricyclic antidepressants, and works by affecting the balance of certain natural chemicals (neurotransmitters) in the brain.

Other Uses of Pamelor

This section contains other aspects of this medicine that are not listed in the approved package leaflet but may be prescribed by your healthcare professional. Do not use this medicine for any of the following health concerns unless it has been prescribed by your health care professional. This medicine can also be used to treat nerve pain (such as peripheral neuropathy, post-herpetic neuralgia), other mental / mood problems (such as anxiety, panic disorder), or to help stop smoking.

Read the medication leaflet provided by your pharmacist carefully before taking Pamelor. If you have questions, talk to your doctor or pharmacist. Take this medicine by mouth, 1 to 4 times a day or as directed by your doctor.

If using the liquid form, measure the dose carefully using a measuring device or the special spoon. Do not use a household spoon because you may not get the correct dose. Remember that the dosage is based on your health status and response to treatment. To reduce your risk of side effects (such as dry mouth, dizziness), your doctor may invite you to start your therapy with low doses, which may gradually be increased. Do not increase, reduce, or modify the dosage without the doctor's advice.

To avoid symptoms such as mood swings, headaches, fatigue, and sleep disturbances when you stop treatment, your doctor may reduce your dose gradually. Report any new symptoms or signs of worsening immediately. It should be noted that the results of such treatment begin to appear 4 weeks after the start of treatment.

Side Effects of Pamelor

Drowsiness, dizziness, dry mouth, blurred vision, constipation, weight gain, difficulty passing urine are some of the side effects that can occur. If any of these effects persist or worsen, report promptly. To reduce the risk of dizziness and lightheadedness, get up slowly from a sitting to a reclining position.

Tell your doctor if any of the following effects occur: persistent heartburn, tremors, muscle spasms, abdominal pain, decreased sexual ability / desire, large, painful breasts. This medicine can increase serotonin and cause serotonin syndrome. The risk increases if you also take other drugs that increase serotonin. Inform your doctor of any unusual signs.
Get medical help right away if you develop some of the following symptoms: rapid heartbeat, hallucinations, loss of coordination, severe dizziness, nausea / vomiting / diarrhea, unexplained fever, agitation.

Contact the emergency department if you notice any of the following side effects: dizziness, fast / irregular pulse, fainting, convulsions, eye pain / swelling / redness, vision changes. A very serious allergic reaction to this drug is rare. However, seek immediate medical attention if you notice symptoms of a serious allergic reaction, including: rash, itching / swelling of the face / tongue / throat, severe dizziness, difficulty breathing, etc.

Tell your doctor if you are allergic to this medicine, as well as any other medicines or tricyclic antidepressants such as amitriptyline, as this product may contain inactive ingredients that may cause allergic reactions or other problems. Do not forget to tell your doctor about all your medical history, especially respiratory problems, liver problems, recent heart attack, urinary problems (prostate), overactive thyroid (hyperthyroidism), glaucoma, mental disorders. / Mood disorders such as bipolar disorder, psychosis, convulsions, alcoholism etc.

Pamelor may also cause problems that may affect the heart rate (prolongation of the QT interval). Lengthening of QT can in some cases be the cause of irregular heartbeat and other symptoms (such as dizziness, fainting) that require emergency medical attention. The risk of QT prolongation can be increased if you have certain health concerns or take other medications that can cause QT prolongation. Before using Pamelor, tell the doctor about all the medications you are taking and whether you have any of the following health problems: heart problems (heart failure, slow heartbeat, prolonged QT in the ECG). The low level of potassium or magnesium in the blood can also increase your risk of QT prolongation.

This risk may increase if you use certain medications such as diuretics or if you have problems with severe sweating, diarrhea, or vomiting. Talk to your doctor about how to use nortriptyline safely. This medication may make you sleepy or dizzy or cause vision problems. Do not drive, use machinery, or do any activity that requires alertness after taking this medicine. Limit alcoholic beverages. Inform all health specialists before any surgery, any products you use (including prescription drugs, over-the-counter medications, and herbal products). This medicine may make you more sensitive to the sun. Avoid prolonged exposure to the sun, tanning booths and sunlamps. Use sunscreen and wear protective clothing outdoors. The liquid form of this medicine may contain alcohol.

More caution is advised if you have diabetes, alcohol dependence, liver disease, or any other illness that requires you to limit / avoid alcohol in your diet. If you have diabetes, this medication can make your blood sugar levels more difficult to control. Regularly monitor your blood sugar levels and tell your doctor about the results. Older people may be more sensitive to the side effects of this medication, especially dry mouth, dizziness, confusion, difficulty in urinating, and lengthening of QT.

For pregnant women, during pregnancy, this drug should be used only when necessary. Since untreated mental / mood problems (such as depression, anxiety, panic disorder) can be serious illnesses, do not stop using this medication unless directed by your doctor. If you are planning to become pregnant, discuss with your doctor the benefits and risks of this medicine during pregnancy. This medication passes into breast milk and can have side effects on an infant. Also consult your doctor before breastfeeding.

Where To Buy Pamelor (Generic)

Drug interactions can alter the effectiveness of the drug or increase the risk of side effects. It should be noted that the list of side effects and interactions listed here is not exhaustive, inform your specialist of any medicines you use or have used. Above all, avoid changing the dosage or the duration of the prescribed treatment without the doctor's advice.
Products include arbutamine, anticoagulants such as warfarin, disulfiram, thyroid supplements, anticholinergic drugs such as benztropine, belladonna alkaloids, certain drugs for high blood pressure such as clonidine, guanabenz, reserpine, may interact with this product.

Taking MAO inhibitors with this medicine can cause serious and possibly fatal interactions. Avoid taking MAO inhibitors such as isocarboxazid, linezolid, methylene blue, phenelzine, procarbazine, rasagiline, selegiline, tranylcypromine, during treatment with this drug. Most MAO inhibitors should not be taken at least 2 weeks before and after treatment with this drug. Ask your doctor when to start or stop taking this medicine. The risk of serotonin syndrome / toxicity increases if you also take other drugs that increase serotonin. Examples include street drugs such as MDMA / "ecstasy", St. John's wort, some antidepressants (including SSRIs such as fluoxetine / paroxetine, SNRIs such as duloxetine / venlafaxine), among others.

The risk of serotonin syndrome / toxicity may be more likely when you start or increase the dose of these drugs. Other medicines can affect the removal of Pamelor from your body, which affects the way Pamelor works. These drugs are: cimetidine, terbinafine, medicines to treat irregular heartbeat (such as quinidine / propafenone / flecainide). This is not a complete list. Many medications in addition to Pamelor may affect heart rhythm (QT prolongation in the ECG), including amiodarone, cisapride, dofetilide, pimozide, procainamide, quinidine, sotalol, macrolide antibiotics (such as erythromycin). 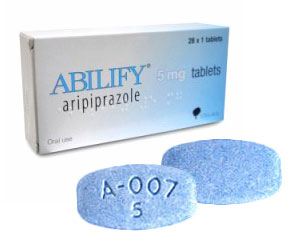 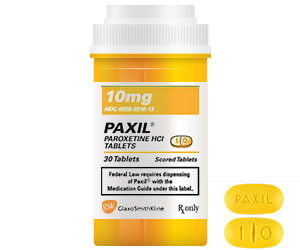 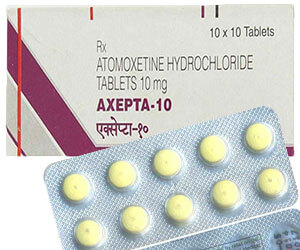