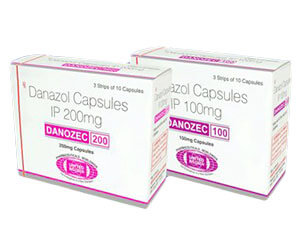 Danazol is a drug manufactured by the pharmaceutical company Barr, it is used to treat fertility problems in men and women. Danazol is a registered trademark of Barr Laboratories.
Danazol affects the ovaries and pituitary gland and prevents the release of certain hormones in the body. Danazol is used to treat endometriosis and fibrocystic breast disease. Danazol is also used to prevent angioedema attacks in people with certain hereditary diseases, for example: Hereditary angioedema. Danazol may also be used for purposes not listed in this guide.

Danazol is prescribed for the treatment of hormonal endometriosis. Fibrocystic breast. Most cases of symptomatic fibrocystic mastopathy can be treated by simple techniques (e.g., padded bras and analgesics). In some patients, symptoms of pain and tenderness may be severe enough to warrant suppression of ovarian function. Danazol is usually effective in reducing nodularity, pain and tenderness. It should be emphasized to the patient that this treatment is not trivial because it involves considerable changes in hormone levels and that the recurrence of symptoms is very common after stopping treatment.

Depending on the degree of the disease (moderate to severe), or in infertile patients due to endometriosis, an initial dose of 800 mg administered in two divided doses is recommended. Amenorrhea and rapid response to painful symptoms is best achieved at this dosage level. A gradual decline in a dose sufficient to maintain amenorrhea may be considered depending on the patient's response. For mild cases, an initial dose of 200 mg to 400 mg given in two divided doses is recommended and can be adjusted according to the patient's response. Therapy should begin during menstruation. In addition, appropriate tests are desirable to ensure that the patient is not pregnant during treatment with Danazol. (See contraindications and warnings). It is essential that the therapy be followed continuously for 3 to 6 months, but it can also be extended to 9 months if necessary. At the end of the treatment, if the symptoms reappear, a new readjusted treatment can be applied.

The following effects have been reported with the use of Danazol: weight gain, acne and seborrhea. Light hirsutism, edema, hair loss, voice change, which can take the form of hoarseness, sore throat, some may persist after stopping treatment. It should be noted that hypertrophy of the clitoris is rare. Other possible endocrine effects include disturbances of the menstrual cycle that may manifest as spot, alteration and alteration of the cycle and amenorrhea. Although cyclic bleeding and ovulation reappear between 60 to 90 days after discontinuation of Danazol, persistent amenorrhoea has occasionally been reported. Flushing, sweating, vaginal dryness, irritation and reduction in breast size, may indicate the decline of estrogen, and in some cases, nervousness and emotional lability have been reported. In men, a modest reduction in spermatogenesis may be evident during treatment. Sperm volume abnormalities, viscosity, sperm count and motility may occur in patients receiving long-term treatment. Hepatic dysfunction, as evidenced by reversible elevated serum enzymes and / or jaundice, has been reported in patients receiving a daily dose of Danazol 400 mg or greater. Monitoring of patients receiving Danazol is strongly recommended to control hepatic dysfunction through laboratory testing and clinical observation. Cases of severe hepatic toxicity, including cholestatic jaundice, hepatic peliosis and hepatic adenoma have been reported.

Due to the fact that Danazol may cause some degree of fluid retention, which can cause or have several consequences, such as epilepsy, migraine, cardiac or renal dysfunction, patients require careful observation. It has been reported that hepatic dysfunction may also be manifested by slight elevations of serum transaminases in patients treated with Danazol, for this purpose liver function tests should be periodically performed. It has also been reported that administration of Danazol may lead to exacerbation of manifestations of acute intermittent porphyria. Carcinogenesis, Mutagenesis, Impairment of Fertility No valid studies have been performed to evaluate the carcinogenicity of danazol. 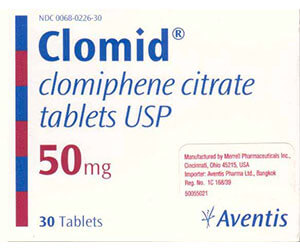 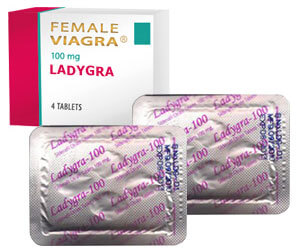